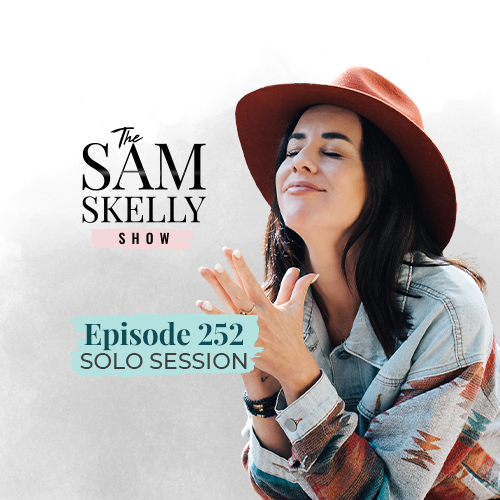 Today's episode is inspired by something I've personally been going through lately, and have seen showing up in our team, and also in the Pause community — and that's ascension symptoms and “upper limiting”.

If you're not familiar with the term, ascension symptoms are physical manifestations that can happen when you are going through a spiritual awakening or energetic expansion. And upper limiting is a term coined by Gay Hendricks, which refers to the way our bodies can freak out when we are expanding into our greatness and begin manifesting everything we've been calling in.

Personally, I've been experiencing extreme anxiety and some weird physical sensations in my body that almost feel like I'm sick. But I know it's just my body hitting its upper limit because my world is expanding in so many ways.

If you're also experiencing ascension symptoms or upper limiting, there are three things that have been so key for me, and may be helpful for you to get back into your body and reground yourself, and I'll be diving into those in this episode.

Plus you'll learn why ascension symptoms happen, and how to recognize when you're experiencing an upper limit.

So if you're ready to end the self-sabotage when things are going really, really well in your world, then this episode is for you.

In this episode, I’ll dive deeper on:

If you enjoyed this episode and it inspired you somehow, I’d love to hear about it and know your biggest takeaway. Take a screenshot of you listening on your device, post it to your Instagram Stories and tag me @samantahskelly!

Check out our community for more details, programs, and tips on how to thrive as a wellness coach!

The Sam Skelly Show combines personal development, deep conversations, and comedy to shake up the way you connect with yourself and the world. Be sure to subscribe on Apple Podcasts so you don’t miss an episode! 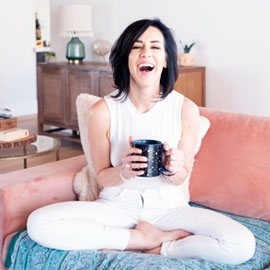 Meet Samantha Skelly Samantha Skelly is an entrepreneur, motivational speaker, best-selling author, and emotional eating expert who has revolutionized the weight loss industry by examining the individual and underlying causes of eating disorders. She has shared her mission on an international platform and continues to spread her message and transform the lives of thousands of people through the Phoenix Formula, motivational speaking engagements, the Hungry for Happiness podcast, worldwide international retreats, and her Amazon best-selling book, Hungry for Happiness: One Woman’s Guide From Fighting Food to Finding Freedom.