Eating Disorders.
We often sum them up with a clear image in our minds of a fragile girl with sunken eyes wearing an oversized long white top in a dark room.
In fact, disorderly eating is apparent in many more ways. An eating disorder doesn’t have to be summed up with anorexia or bulimia. Dysfunctional eating comes in many forms, disorders such as over- eating, binge eating, emotional eating and morbid obesity– just to name a few. Statistics show, disorderly eating is far more common in affluent cultures. The conclusion to this statistic lies heavily on socialist pressures along with negative media influence and impact.
For years, eating disorders haven’t been recognized in the school system as an ‘excusable absence’ whereas – something as simple as the common cold was. The silence surrounding these disorders, to this day, lingers heavily in not only the school system but throughout our communities.
Eating disorders have been primarily labelled ‘psychological’. Treatments for such disorders include intense cognitive behavior interventions, psychotherapy and nutritional counselling. Following prescribed treatment nearly 50% of patients relapse after adhering to a very strict recovery path.
Why is this?
Patients are instructed and encouraged to eat, but – they aren’t instructed on exactly WHAT to eat and WHEN. On-going education post treatment is absolutely vital for patients to not experience a relapse. It’s crucial to focus on rebuilding not only their bodies – but also their minds.
Developing an eating disorder doesn’t happen overnight. It begins sub-consciously; external factors plant little seeds of insecurity into the mind promoting it to think differently, act differently and certainly eat differently. Little ‘crash’ diets to justify the last few months of eating one too many cupcakes are adapted. Diet changes are common, such as switching to a vegetarianism diet, a gluten free diet or a heavy calorie restricted diet. Whichever is it, the aim is to squeeze back into those jeans that were out grown last summer.
This is where it starts – but doesn’t end.
When results aren’t drastic and weight it’s dropping instantaneously – more drastic measures are taken. Proper nutrition isn’t being supplied to the body due to intense dieting and food restriction, which then plays a massive role on health. This is the pivotal point where deficiencies are developed, neurotransmitter and enzymes are disrupted and hormone imbalances are apparent.
The outcome? Malnutrition.
Inadequate nutrition results in immunity destruction – internally, this creates an environment which is susceptible to disease and infection. Once we have an infection, we medicate with antibiotics – which harmfully damages our gut flora. Abnormal gut flora produces toxins which then filtrate through the gut wall and into the blood stream. Once they are transported into the brain they cause effects on mood, behavior, memory and perception.
So they say ‘it’s all in the mind’ But really, it’s scientifically proven – the root of all evil starts in the gut.
Feeding your body the wrong food on a damaged gut lining is completely counterproductive. The approach used to re-fuel bodies after disorder trauma is to incorporate a lot of carbohydrates into their diets. With the loss of protein in a body that’s been severely affected by malnutrition, it’s hard to produce hormones. When a high amount of carbohydrates are given to someone who is low in hormones, it results in fat gain because the metabolism isn’t performing at an optimal capacity.
This, in turn- is detrimental to someone who is afraid of weight gain. The probability of a relapse in this regard is reasonably high. In order to effectively avoid the potential of relapse and to use the ‘building block’ theory – its imperative to focus on re-balancing the endocrine system, which in turn will produce an ample about of hormonal out-put and aid in recovery.

Ps – If you're ready to take the next step and finally end your battle with food, you're ready for the Society. Click here to apply. 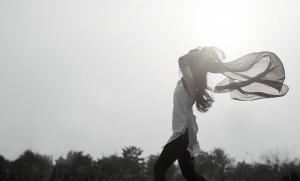 Are You Really Controlled by Food? 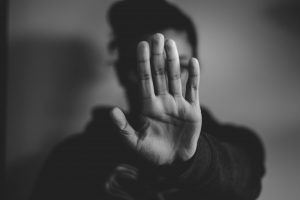 The Truth Behind the Diet Industry